Since its early days, Google has been actively taking steps to make sure it delivers the best quality search results to its users. This means not just determining which pages respond best to a query’s intent, but also keeping undeserving pages off the top of its SERPs.

It sounds simple, but it’s easier said than done. Despite constant algorithm updates, filter introductions and manual actions, Google seems unable to completely deter and police SEOs who are looking for shortcuts to the top of the SERPs. In fact, some black hat practices that most of us think have gone extinct still persist and affect today’s SERPs in a major way.

I’ve done quite a bit of data analysis lately and I was pretty amused by what I saw. A lot of SERPs are still dominated by websites with that obviously use highly questionable SEO tactics. Here’s a list of the black hat techniques that still work along with a few examples of them in action:

One of the oldest and most putrid techniques in SEO is hidden text. This is done by matching the color of some text with the background, making it invisible to human users but readable to bots. Originally, this was used to rack up keyword mentions in a page without saturating the copy. However, search engines cracked down on it and started to punish sites that were using this trick.

Long after the age where keyword density mattered and semantic search was introduced, hidden text still exists and goes unpunished in some websites. Check this webpage for example:

On the surface, it looks fine, but use Chrome’s Find (CTRL+F) function and type “SEO Philippines.” See the magic happen. 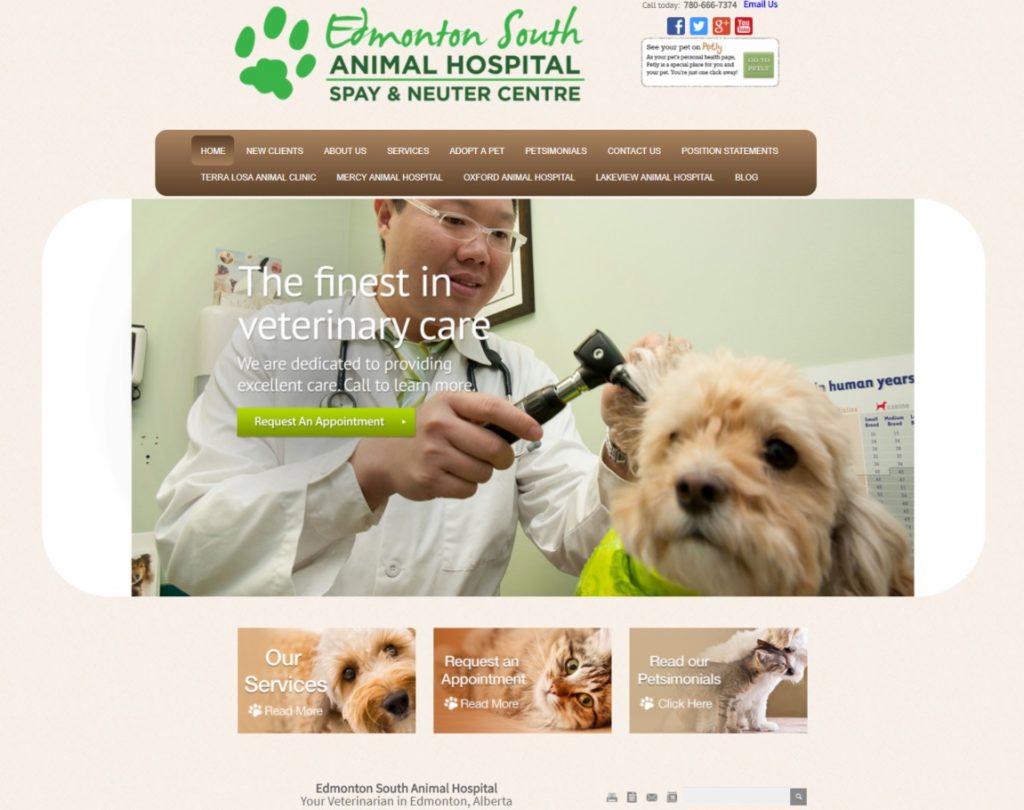 Amazing, huh? Chrome finds something but you can’t see it with the naked eye. The site is in the pet niche, but why would there be a mention of the phrase “SEO Philippines” in it? A closer look with the View Page Source function will yield some clues. 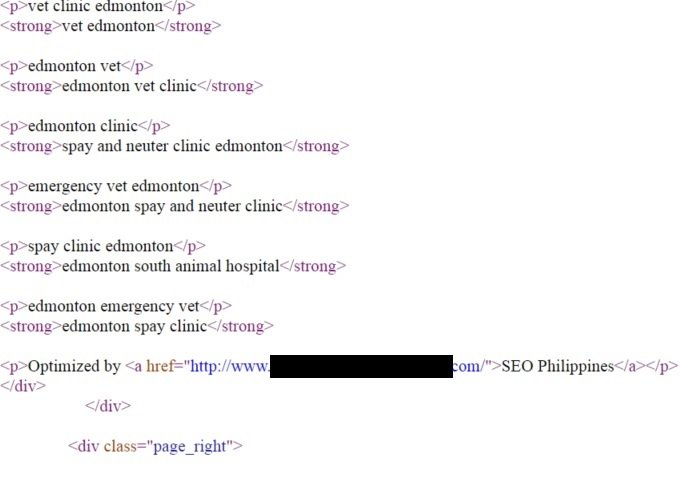 What’s even more amazing is the fact that the site where this linked text points to still dominates for the keyword that was used as an anchor.

Surely, Google with all its brainpower and money can detect and flag this easily, right? Wrong.

Let’s make one thing perfectly clear: I’m saying that this tactic is against Google’s guidelines because they said it themselves. What I’m NOT saying is that this tactic is morally good or bad – and neither is the guy who planted the link. The guy who did it saw an opportunity to get ahead and he grabbed it. The risks are his, but so are the rewards. In Tagalog, they say kung inggit ka, edi gumaya ka. Respect to him for having the cajones to try this tactic. I can’t say this is something I’d recommend, much less do myself.

Originally, blog networks were defined as groups of online publications owned by a single entity. Examples include CNET which owns GameSpot, Giant Bomb, Metacritic, ZDNET and more. Another example would be the IDG group which includes PCWord, TechHive, MacWorld and more. These are real websites that are run for real audiences that visit the site often and allow the publishers to gain revenue through traditional ads.

However, the term “blog network” takes on a whole different meaning in SEO parlance. Whereas traditional website networks were established as true media entities, SEO-built PBNs are put together for the main purpose of linking out and influencing search results.

PBNs allow webmasters to acquire inbound links at will and bypass work-intensive processes such as content creation and outreach. Worse, PBN sites are essentially soulless online publications that exist solely for the sake of backlinks. They don’t cater to any specific audience because that’s not what they’re about. Needless to say, this technique is highly frowned upon by Google and several high-profile PBNs have been penalized in the past.

That did not deter PBN users from going about their trade, though. I’ve been in the SEO field long enough and I’ve noticed that the bigger that some agencies are, the bigger the chances that they maintain some sort of PBN. In the Philippines alone, I’ve spoken to people who own anywhere from 200-800 websites that are used to build easy backlinks for their clients. Some international SEOs have gone on to say that they own 1,500+ PBN sites that they use mostly for “testing.”

The PBN market is so alive and well that there some people have actually built businesses around helping people build them. Take a look at this one which actively promotes its stuff on Facebook:

I know that Google discourages the use of PBNs but I personally have no problems with them and I can’t judge people who use them. It’s a business decision that has its risks and rewards. In my observation, I’ve seen that Google has almost no capability to detect and punish PBNs when they meet one or more of the following conditions:

Granted, there are Google updates from time to time that bust PBNs. But in the periods between them, PBNs can be re-built, profited from and disposed of. It’s really hard to blame Google for not being able to punish every PBN in existence because trying to do that would be trying to catch every illegal vendor in a huge city. The best that the search giant can do is to project a threat to would-be PBN users and make them think twice about their tactics.

A paid link is a backlink that’s awarded to a page out of financial considerations rather than editorial merit. As the name describes, you just need to pay someone a certain amount and you can get a link from a site in your desired niche.

This is highly discouraged by Google and any explicit evidence that a site sells or buys links will put it in high risk of a penalty. That doesn’t mean, however, that people have ever stopped with this activity.

While there aren’t many sites that would say outright that they sell links, they have agents looking for SEO sites all the time and dropping messages like this:

It’s insane how many sites they have in their lists. Thousands upon thousands of whore sites waiting for their next fill. Some of them seem to be owned by the group operating this scheme while others seem to be stand-alone sites that the link sellers act as middle men to.

I once had a conversation with one of the Philippines’ top SEO experts and he agrees that link buying is the toughest black hat tactic for Google to stop. The search engine can’t actually “see” money changing hands. It can only go by circumstantial evidence and telltale signs of link buying. That means it has to exercise maximum tolerance to sites that look like they’re doing something fishy until they cross some very red lines.

Exact match anchor text is a funny topic. Using your keywords as the anchor for the links you built was considered good practice prior to Penguin’s initial rollout in 2012. After massive hits on sites that overoptimized with it, link builders started avoiding it like the plague. In late 2016, though, SEOs started to observe that exact match anchor texts in links seemed to be paying off again.

Some veteran SEO managers say that if your exact match anchor links don’t exceed 5% of your link profile, you’re relatively safe. Maybe. But what about the site who’s dominating the SERPs for these keywords? 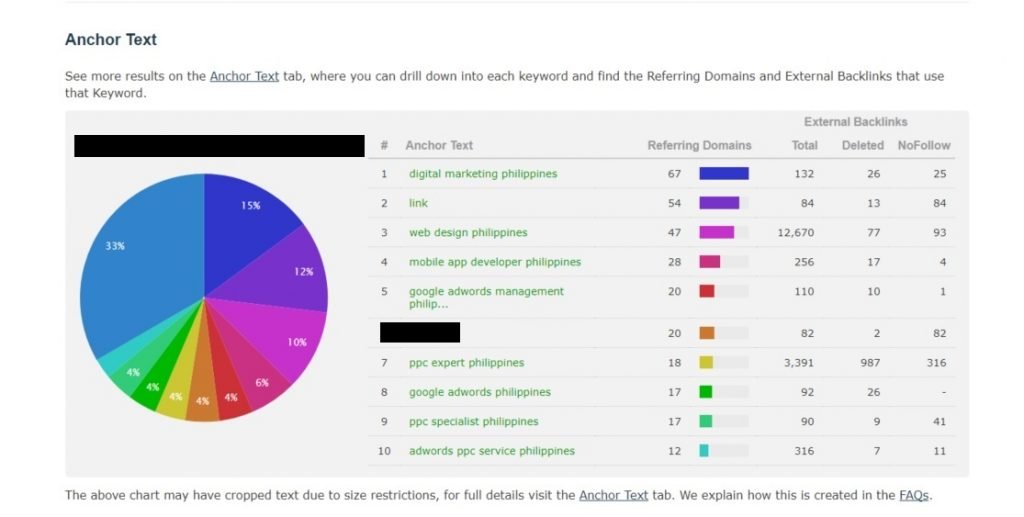 So we have to ask “which one is it, Google?” Are anchor text good or bad? And if they’re bad, why does this happen?

It happens because Google can’t police every niche in every market. Simple as that. It cares more about Your Money-Your Life (YMYL) niches more than others – and rightfully so. A niche like digital marketing in a country like the Philippines is simply not a priority. At the end of the day, you may be the greatest fisherman in the world, but you can never catch all the fish in the sea. Google is the same way.

Personally, I use exact match sparingly. I stick mostly to phrases with keywords that are relevant to the destination pages. I also use my own name and the GDI brand a lot for links. However, there are times when I have opportunities to score links from highly authoritative sites. I tend to reserve my exact match “allocation”  for openings like that to make them really count.

If you prefer using highly concentrated anchor text, I really can’t judge you. It comes with its risks, but if you can make it pay off, more power to you.

Blog commenting has always been one of the cheesiest ways to gain backlinks. All you need to do is find a blog in your niche, check if its comment links are dofollow and plant a link to your target pages. You don’t even have to find the sites yourself. Other people have already compiled lists of these.

Personally, I’ve never liked this tactic because it’s way too cheap. The Internet is literally crawling with comment spam bots that try to plant comments indiscriminately. Sure, comment links drive little to no link equity, but they’re so easy to get by that they seem to yield positive effects when they’re done at scale. Google also rarely punishes sites that engage in mass comment spamming campaigns. Ultimately, it’s relatively risk-free with potentially solid returns.

I’m convinced that comment links don’t pass too much link equity to their target pages. However, they do increase the number of linking domains to a site, they affect your anchor text composition and when done regularly, they bring in fresh links to your link profile all the time. All three of those are also ranking signals and they help your rankings when done en masse.

Personally, I’ve seen popular SEO “experts” report links that they “built” for clients which turned out to be comment links. I don’t think its right to charge clients premium rates and use blog commenting on their accounts — but hey, it’s their business. Ultimately, I believe blog commenting still has some effect on rankings when it’s done strategically but I wouldn’t recommend it to anyone who wants to improve their craft.

If there’s a black hat tactic that has no saving grace, it’s probably article spinning. This is done by taking someone else’s written work, rewording it using a tool (or a poor writer) and publishing what was regurgitated in a website. This is usually done to pad up the content portfolios of PBN sites and to generate more pages that can be used for linking.

Article spinning isn’t only a black hat SEO practice, it’s also a potential criminal offense. By taking someone else’s work, rewording it and claiming it as your own, you’re technically committing plagiarism. Unfortunately, these sites operate on a fly by night basis, so they often go unpunished. It also doesn’t help that despite Panda, Google still indexes duplicate and spun content.

Not that it’s Google’s responsibility to police copyright infringement cases on the web but since we’re on the topic of black hat tactics that Google can’t seem to eliminate, I decided to include it.

Overall, Google still does the best job out of any search engine out there in maintaining the quality of its SERPs,. However, it does face a constantly evolving threat from people who want to game its system for their own profits. Until it can demonstrate that these tactics are completely ineffective, the black hat community will keep exploiting its loopholes and the white hats will keep crying foul.