The Best SEO Agencies in the Philippines to Work For

Pursuing a career in search engine optimization is one of the best moves you can make as a young professional. This is a field that offers countless earning opportunities today and in the foreseeable future. It also has a wide open entry point: you can learn it and practice it regardless of educational attainment and background. You can even self-study it at the comfort of your home thanks to the vast amount of content that’s been written about it in the past decade and a half.

Of course, some paths to learning are faster and better than others. Self-study is good if you’re a voracious consumer of knowledge and you have assets to test your learnings on. The thing is, most of us don’t have that luxury. A lot of us have to learn while making a little money on the job. In that regard, working in an SEO agency is a great career move.

However, not all SEO agencies are built equal. Some provide better exposure, mentorship, ethical standards and compensation packages than others. If you’re a new or an intermediate SEO who’s looking to establish yourself in the field, you need to find an employer that will help you build your skills as well as your professional character over the years. Here are the ones that I can personally vouch for:

I know it’s weird to toot our own horn, but we genuinely believe we’re one of the best choices an SEO specialist has if he or she is looking for an employer. We’re a small company – just 15 strong – but we make sure that each member of the collective is elite in his own discipline. As far as SEP specialists go, our employees are trained to the hilt in SEO concepts, processes, tool usage and client interfacing. It’s really no surprise that people who once worked for us are highly sought after by other agencies in the country.

We’re a startup, and that means we can’t match big companies peso-for-peso in terms of the salaries we pay. However, I can safely say that our compensation packages are competitive enough to beat most agencies of our size. We also offer the following benefits that most smaller agencies don’t:

The best thing about GDI is the openness of the environment. We strive to teach everything we know to our employees so we can do a lot of other great things. It’s probably the reason why most of our alumni have become managers in their new jobs after they depart from our turf. 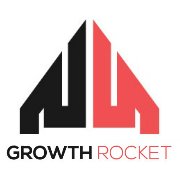 Growth Rocket is a relatively new SEO agency built by seasoned professionals from a major automotive player in the US. Headed by Houman Akhavan and Marc Samson, Growth Rocket built a skilled team rapidly and is looking to expand some more.

What I like about this agency is that their leadership is composed of people who climbed the corporate ladder before starting their own thing. That guarantees that the business is run professionally by people who know and understand every position in their organization. The fact that they handle mostly enterprise-level clients is also a big plus as these are the kind of clients you’ll probably never get the chance to work for if you’re practicing SEO as an individual. 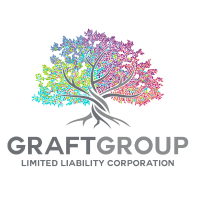 The company started its presence in the Philippines by outsourcing SEO work to agencies like GDI, but soon grew so fast that they decided to build a dedicated team. To date, they’ve recruited a team of highly skilled professionals and they’re always on the lookout for legit talent to join the fold.

Their most attractive asset is probably the fact that people will be working under Sam – meaning you’ll learn a lot whether you like it or not.  I know this because I once worked under him and in that short time frame, I discovered more about search marketing than I did in my entire time studying the industry alone. 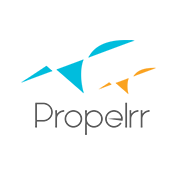 Formerly known as Search Opt Media, Propelrr has long been one of the market leaders in Philippine SEO. Their founder, Gary Viray, is one of the most knowledgeable SEOs I know and his team is composed of very smart people who seem to be highly skilled in what each of them do.

I’ve been to their lovely office several times and I could tell that Gary’s team has as much will as they have skill. It’s probably a credit to their management’s ability to inspire their employees to give their 100% day in and day out. It’s no surprise, then, that this agency is able to keep their clients for years on end. They deliver  and it’s because their people have been positioned to do exactly that.

This is the Philippines’ biggest SEO agency and it’s been thriving for almost a decade now. Guided by their founder Itamar Gero’s technical brilliance and business acumen, TrueLogic is one of the very few digital marketing firms in the land who’ve successfully scaled to massive proportions.

People who come and work for them are sure to be trained from the very basic to the more advanced SEO concepts. This company runs a very professional work environment, so younger people will be molded into consummate pros if they stick around long enough. Also, the size of the organization allows for people to climb a taller corporate ladder than they would in other digital marketing firms.

Perhaps one of the things I envy the most about TrueLogic is the breadth of the resources they have at their disposal. This is a company that can take on ambitious projects that smaller firms like ours have no capacity to invest in.

This company isn’t exactly an agency, but if you’re an SEO who wants to become one of the country’s best, you can’t go wrong with DRI.

Like Graft Group, DRI owns several successful ecommerce brands in the US. Unlike most agencies and in-house teams, DRI is very data-driven and process-oriented. They’ve grown in valuation several times over since 2012 and they’re still going strong thanks to the brilliance and leadership of pros like JJ Pike, Marq Unitivero and Joy Go.

For full disclosure: I worked briefly at DRI and that’s how I know about the level of excellence in this organization. At the time, I didn’t even consider myself to be worthy of being in the group. That’s how good they really are.

They’re not an SEO agency. As a matter of fact, they don’t even have an SEO team right now. However, this fast-rising online gadget store has the kind of culture, leadership and work environment that a serious SEO specialist would thrive in. They were declared the best retail startup in Southeast Asia a couple of years ago and that alone should speak about the kind of company they are.

The founder, Kristian Salvo, is a good friend of mine and a man I look up to in terms of business savvy. He’s an excellent people manager and he’s a believer in treating employees the right way to get the most out of them. Right now, he’s looking for an SEO manager to build a team around and you might want to contact him before the golden opportunity slips away.

I’m sure that there are dozens of other great places to work in as an SEO out there, but these ones are the agencies that I can vouch for. Did I miss an agency that’s truly deserving? Let me know.