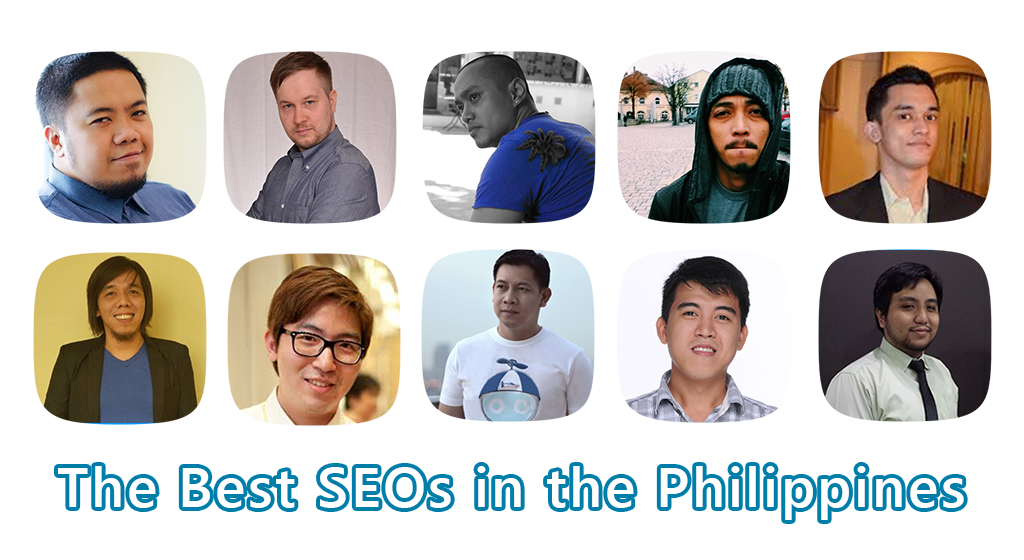 Okay, I admit: it’s me. That’s why you landed on this page. But hey, I know it would be weird to list myself in my own blog post, so here goes:

With its young and highly educated population, it’s not surprising that the Philippines has produced its fair share of legitimate SEO talents over the past 15 years. I’ve worked in the industry for almost nine years now and during this time, I’ve had the privilege to meet some of the nation’s best and brightest practitioners.

I realize that people outside the Philippines are constantly looking for SEO talent they can outsource work to, but most of them aren’t sure who to get it from.

I decided to put together a short list of some of the best SEO specialists in the country whom I personally know or have worked with in the past. I’m hoping that this can help potential SEO clients make more informed decisions when it comes to choosing the people or agencies they’ll work with.

And just to get one little thing out of the way, this is a list about The Best SEO Specialists in the Philippines. This is not a list about The Best Filipino SEOs. That means foreigners who are based in the Philippines can be included in the list, while Pinoy SEOs who are not working in the country are respectfully held out. So before anyone questions me why Benj Arriola is not on the list, that’s because he’s the best Filipino SEO alive (period!), but he’s San Diego-based, which means the description SEO in the Philippines isn’t quite appropriate for him.

Now that we’ve got that out of the way:

There are plenty of other really good SEOs out there, but these are the people who’ve made the best impressions on me after I’ve seen them speak in conferences, conversed with them, read their work or worked directly with them. This list is purely subjective and is based only on my perception – it doesn’t mean I’m right or wrong about it.