Breaking Out of My SEO Conference Hiatus 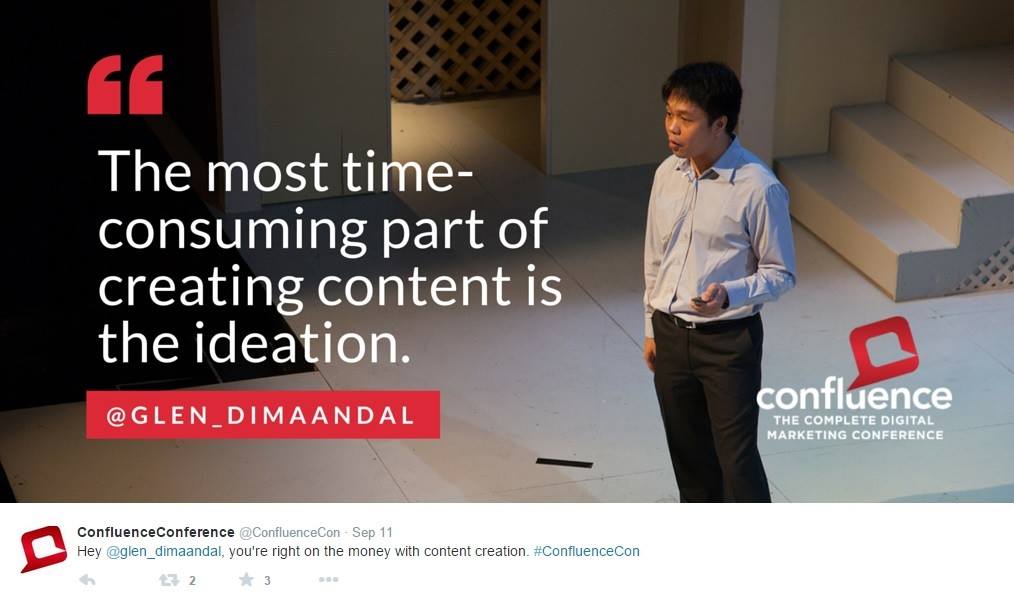 Whether you’re a freelancer, an agency or an in-house SEO professional, it’s important to maintain a presence in the industry’s conference scene. This is a fact that I re-discovered last Wednesday when I spoke at SEO Shots IV in Makati City. You see, I’ve avoided going out to conferences and meet-ups the past few months due to physical and mental fatigue in the aftermath of PeepCon 2.0. Putting that event together right after GDI did MORCon 2015 just took so much out of me.

The thing is, the more prolonged my hermit mode went, the more I missed out on the following benefits of participating in conferences:

Fortunately, TrueLogic never wavered on inviting me and they were gracious enough to set up SEO Shots IV on a Wednesday instead of the usual Friday. I finally got off my couch and did a brief talk titled “Every Damn Thing I Know About SEO in 15 Minutes.” As you may guess, the presentation was mostly geared towards humor and not quite learning. Good thing Nacho Alzaga was there to actually teach the people a thing or two.


One thing I noticed that Nacho was a little bit on edge when he spoke, and that’s natural. I was a tighter bundle of nerves when I first spoke back in 2013. Still, I hope more experts like Nacho would start speaking in conferences so we can get fresh insights from highly talented people who are just waiting to make a splash onstage. Sure, watching industry legends like Benj Arriola, Sean Si, Jason Acidre and others is always fun, but having new blood in there will make conferences that much better in  the Philippines.

What It Takes to Deliver a Memorable SEO Talk

Based on conversations with knowledgeable people that I talk to in the industry, stage fright and fears of not delivering a satisfying presentation are the main concerns that prevent people from volunteering to speak. It’s understandable why people would feel that way, but anxiety can be overcome and the rewards for those who do are profound. Here are my thoughts on how to find the courage to speak up and deliver a talk that people will remember:

These are really the only things that I keep in mind when presenting locally or abroad. You can see what I mean in the video below. This was in Confluence 2015 when I visited Oklahoma City:

The topic is fairly simple. The content is basically a rehash of an older blog post and I had the disadvantage of being the guy with the funny Asian accent in an auditorium full of westerners. Still, it didn’t stop me from getting this kind of feedback: 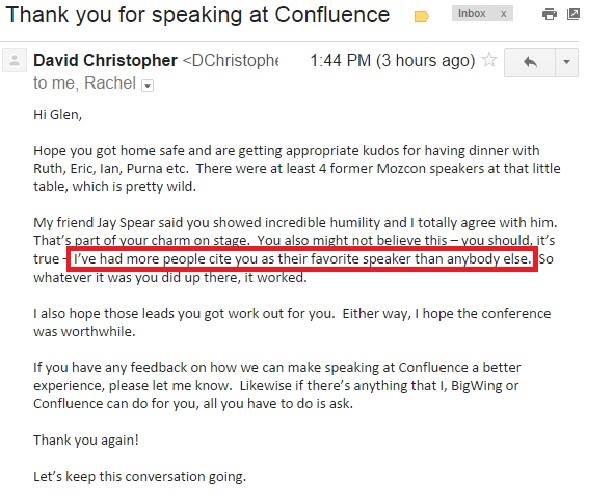 That’s pretty flattering, considering I was speaking alongside industry stars like Eric Enge, Ruth Burr Reedy, Mike King, Ian Lurie and Purna Vuirji to name a few. Here are some of my favorite presentations in that show:

So yeah, if you’re looking to enhance your business or boost your career, speaking in SEO conferences is definitely the fast lane towards your goals. I encourage everyone to keep their eyes open for opportunities to speak and give it a shot.