The last couple of months have been pretty bumpy as SERP monitoring tools are in flux over both confirmed and unconfirmed updates.

After the core algorithm update of May 4th shook up the search landscape in a big way, smaller but still significant SERP fluctuations were observed over June 10th and June 18th. Last weekend’s fluctuations were some of the most impactful in the past 30 days if we’re to believe data from the most prominent SERP monitoring tools. Here are screenshots from a few:

Google has not announced any changes in its algorithms as of the time this article was written. However, SEO forums have been buzzing with speculations of a possible rollback on the changes applied during the early May core algorithm update that seem to have hit some YMYL (your money, your life) websites very hard.

In that update, some sites absorbed more than 80% declines in organic traffic, putting the businesses they represent in jeopardy. We are currently managing a site in that predicament and the weekend fluctuations resulted in slight regains in organic traffic. Check out the increase on this one’s organic users after the weekend dip: 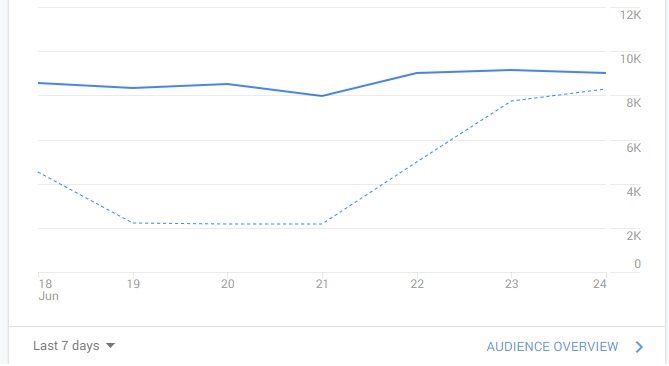 A smaller website we manage that’s not in the YMYL category saw more significant gains: 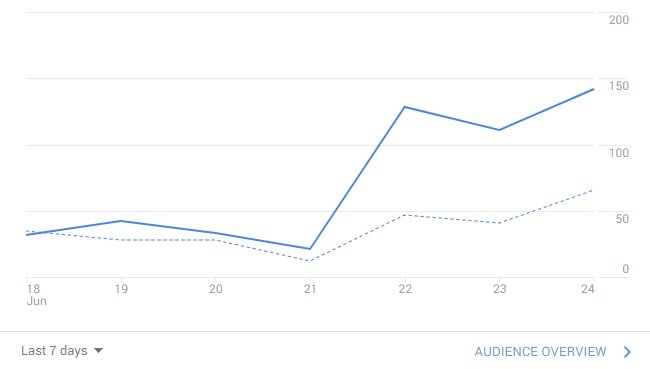 We’ll continue to monitor the situation as it unfolds. For now, we advise against panicking and making drastic changes to your website’s technical makeup, content, architecture or its link profile. We’ll get a better idea on this update’s nature in the coming weeks.