Scaling Back on Guest Blogging: Four Reasons Why 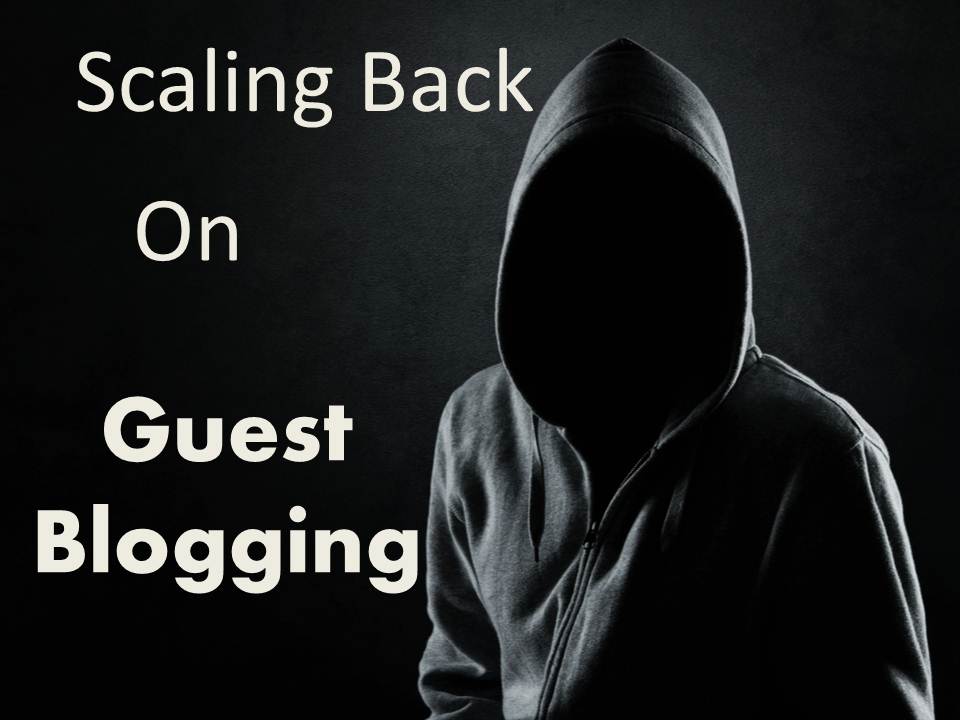 No, this is not a “guest blogging is dead” article. As a matter of fact, I’ll be the first to say that I’m still doing it today for friends in the SEO industry. Guest posting is still a great way to collaborate, reach new potential readers and get more exposure for your brand. That’s how guest posting was originally supposed to work and I don’t see how Google would ever  have a problem with that.

For my team at GDI, however, guest posting is becoming less and less of a staple in how we serve our SEO clients. In the past, it was one of our go-to link building techniques, but that’s no longer the case. From a business perspective, the risk and effort involved no longer justify the potential rewards. As we drive towards making our digital marketing practices more organic and future-proof, we’ve reduced our hours spent on guest posting to just 10% of our company’s total production hours.

That’s a far cry from the 60% that we devoted to the craft in 2012 and 2013. However, we recognized that SEO is a rapidly-evolving practice where evolution is a pre-requisite for survival. All things considered, we identified four undeniable reasons why we should invest less in guest blogging for link acquisition. 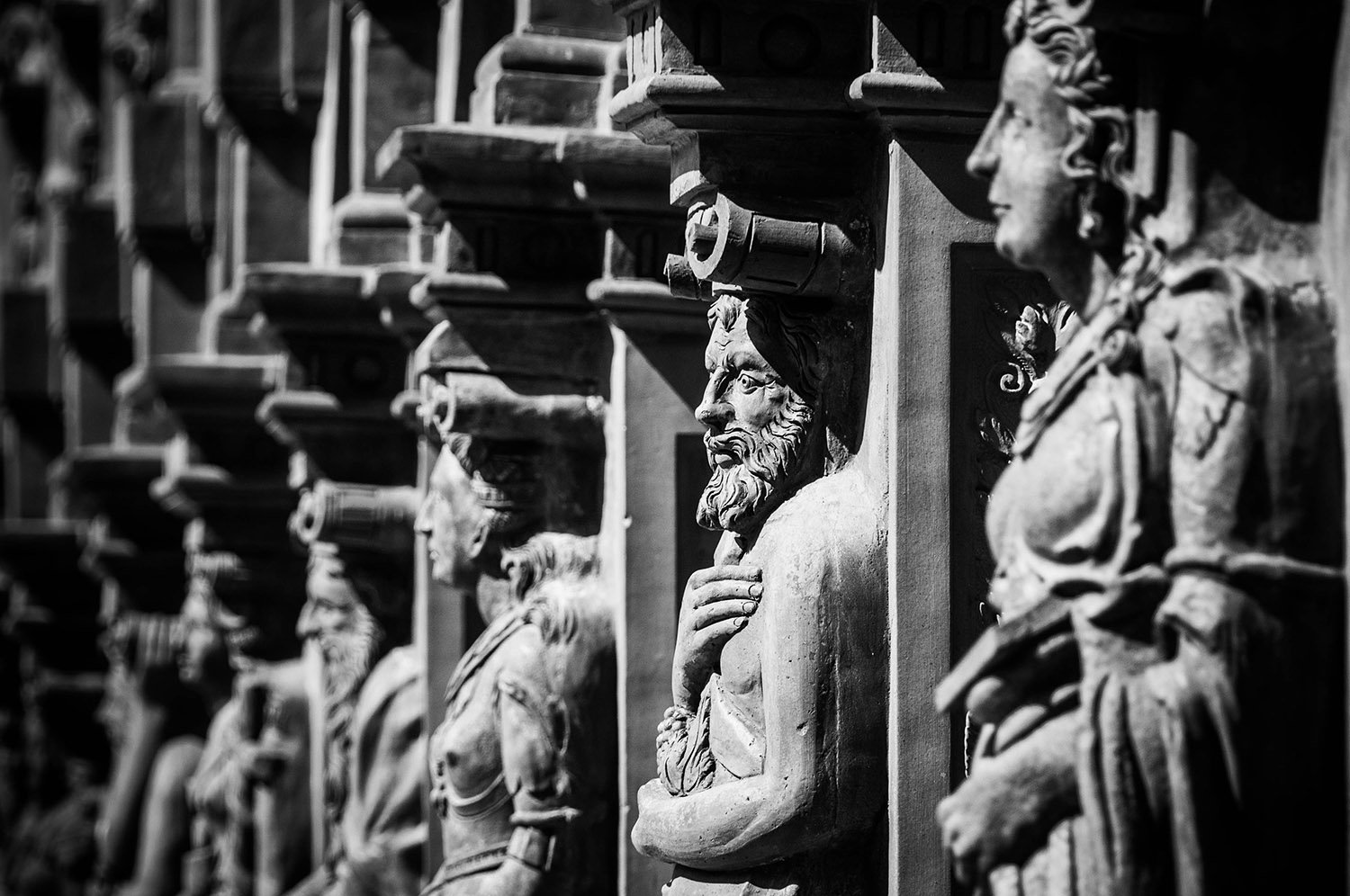 About four years ago, guest blogging was as white hat as you can get when it comes to link building. It took a higher time and skill investment than other link acquisition tactics, keeping it out of the black hat crowd’s radar for the most part. After Panda and Penguin updates rolled out in 2011, link spam’s potency took a nosedive. Content farms lost their value and Google started busting blog networks. Everyone wanted to find the best alternative to their old tricks and guest blogging became the holy grail. Its scalability, potential for automation and relative ease created the bandwagon that every SEO jumped on. That includes me, but I was hardly alone.

If there’s something I’ve learned about SEO in the past six years, it’s the fact that     very few good things last. As everyone got in on guest blogging, the practice lost its essence and became a spammy grind. Blogs were targeted by the thousands, people wrote lousy content just to anchor their links on and blog owners started selling posts to willing patrons. Guest blogging became the new black market of links and Google just had enough.

Today, guest blogging goes on despite Matt Cutts’ warnings against its use for low-level link building. In response, some SEOs I’ve talked to have modified their practices in an attempt to make their activities more acceptable (or stealthy) to Google. It’s their right to do what they feel is best for their business – I just can’t say I agree with tricks like paying for guest posts and telling the site owner not to declare it as an external contribution. In my mind, the approach/format isn’t the problem with guest posting; it’s the intent.

I won’t sit on a high horse and tell you that you shouldn’t do guest blogging just because Matt Cutts said so. My team and I still do it but the difference is we’re doing it for all the right reasons. We’ve gone back full circle and we now guest post because:

Of course, the opportunities to do guest posting for these reasons don’t present themselves every day. Being more selective means engaging far fewer sites who can publish our material. As we cast a much smaller net, we catch fewer fish – but we make sure they’re some of the best fish in the ocean.

Why We’ve Cut Back on Guest Blogging

So how did we arrive at the decision to reduce guest blogging activities dramatically? Here’s our business rationale:

Reason 1: SEO is Becoming Less about Links, More about EAT 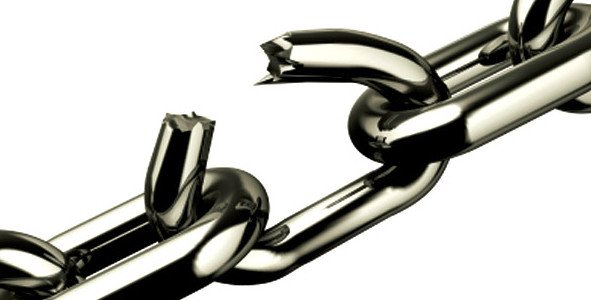 There’s no denying that links are still very important in moving up Google’s search results. Sites that acquire high-quality links at a fast pace still have the edge in climbing the SERPs. However, link building doesn’t have the same game-changing power that it had in the past five years. Google is trending towards being more selective of the links that it credits for your pages while placing more emphasis on other signals such as branding, co-occurrence, co-citation and social engagement.

It’s not hard to figure out that Google’s ultimate goal is to reward sites that are legitimately good over sites that just happen to have the most links. In fact, it rewrote is quality rating guide from the ground up to separate high quality sites from low quality ones. It’s an indicator that Google wants SEO to go beyond just keywords and links. Moving forward, Google will place a premium on more complex attributes such as expertise, authority and trustworthiness (EAT).

In that same post that I linked to, Jennifer Slegg noted that Google is very wary of sites that allow user-contributed content to be published on their pages. She writes:

“Google also warns the quality raters about sites with user contributed content, such as forums or other sites that allow users to submit articles or information. They urge caution because pages on the sites may not be trustworthy and many lack appropriate amount of E-A-T.”

Now, guest blogging isn’t explicitly mentioned here, but they did call out articles submitted by users. Now recall Matt Cutts’ infamous video on guest blogging, and it should all add up. Granted, this is not a doomsday type of scenario for sites who submit and accept guest posts, but the writing is on the wall. Google apparently doesn’t have a high opinion of guest articles unless it’s done with legitimate intent.

Overall, think of SEO as stock trading. Link acquisition stock has plateaued and started to diminish while EAT’s stock is on the rise. Where do you think the smarter investments will go?

Reason 2: There are Better Link Building Techniques Out There 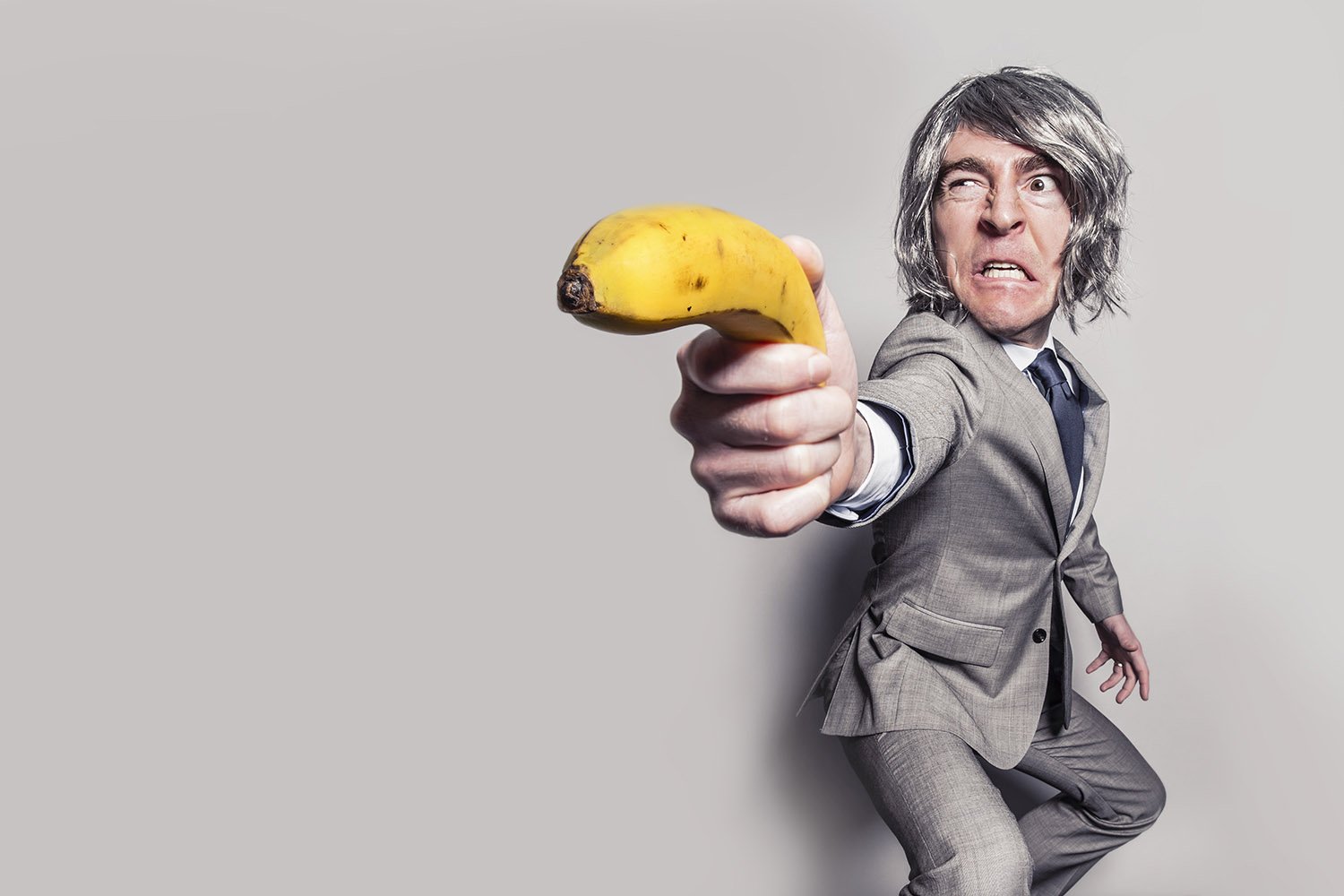 Guest posting is only one of many ways to acquire inbound links from quality sites. Due to its scalability and relative ease, it became wildly popular and made other link building methods look obscure. Now that Google is cracking down on the practice, it’s making smart SEOs step their games up in pursuit of purer and safer link acquisition methods.

In GDI, we’re earning links with a more holistic online promotion approach. Getting our content noticed by readers and influencers is the cornerstone of our link building practices. Everything is about bringing attention to the things we have on our pages and offering a strong value proposition that compels people to give us links and share our content. These activities include:

I wrote about the enterprise-level link building practices that I use these days in Digital Philippines. Jason Acidre also has a comprehensive guide of his own on the very same topic. 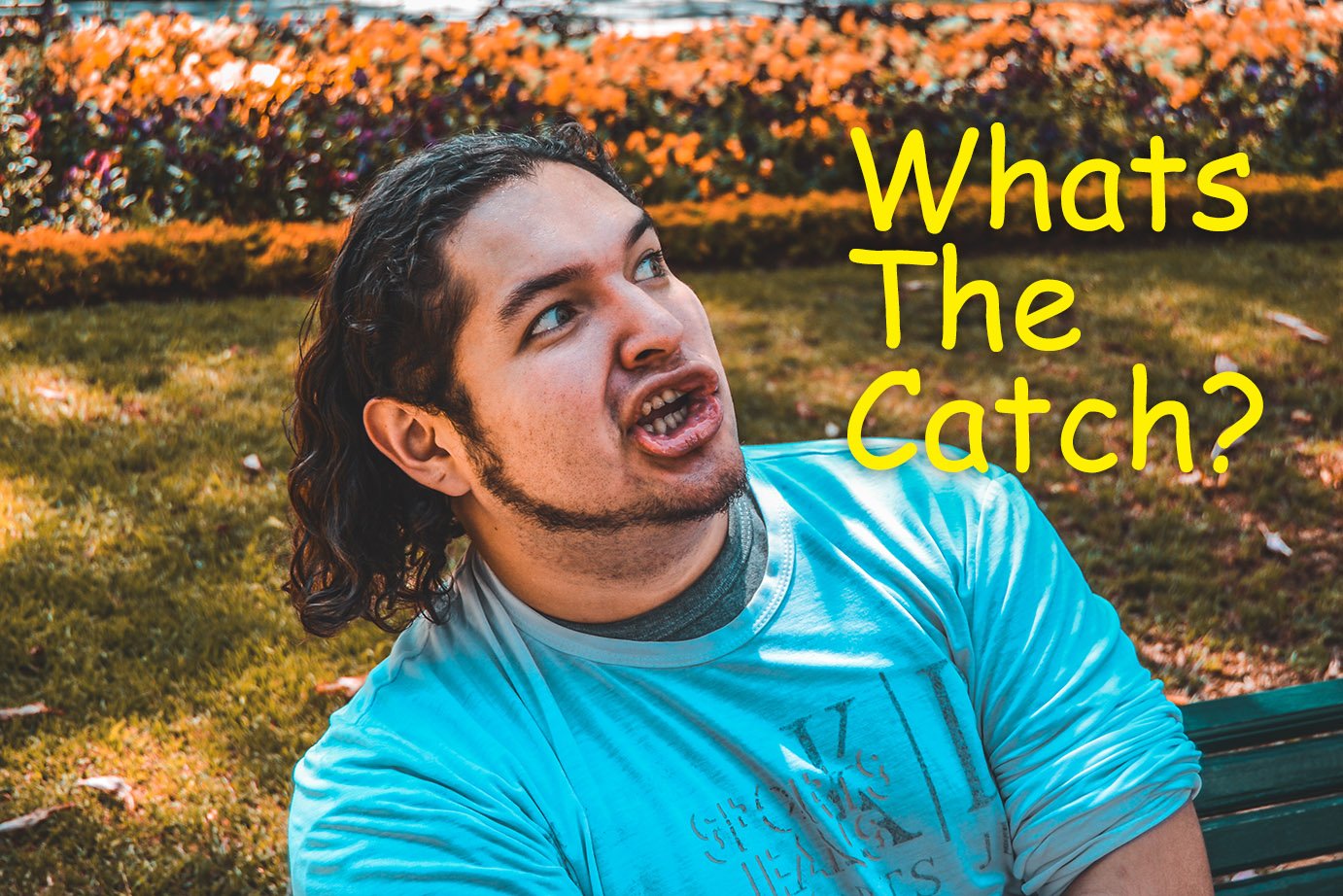 When Cutts warned webmasters about the kind of guest articles they allow on their sites, he meant it. Reports have come in about entire sites being manually sanctioned due to this activity. In an extreme case, Google even penalized a site for just one guest post. This sent a chilling message to website owners, making a lot of them more dismissive of outreach attempts than they were in the past.

We’ve felt this effect in our day to day operations. Since the guest posting fallout, we’ve seen a significant drop in our guest post success rate. From an 8.31% success rate in outreach, we are now down to 3.8%. That means we have to pour in twice as much resources into guest blog-based link building to achieve the same results we once had. From a business perspective, that’s a pretty rough development. Especially when you consider that we could just use the same time and energy with other link building activities that add more value to the company.

Besides, outreach emails are being looked at as spam by a lot of webmasters these days. It’s pretty common to get your outreach efforts tagged as such, which could lead to very serious consequences later on.

Again, I’m not saying that getting link equity from guest blogging isn’t good for SEO. There are a lot of cases where it still is. I’m just saying that it’s getting increasingly hard and less efficient. With the best interest of my clients in mind, I usually offer them broken link building and linker outreach as safer alternatives.

Reason 4: Great Content is Better on Your Own Site 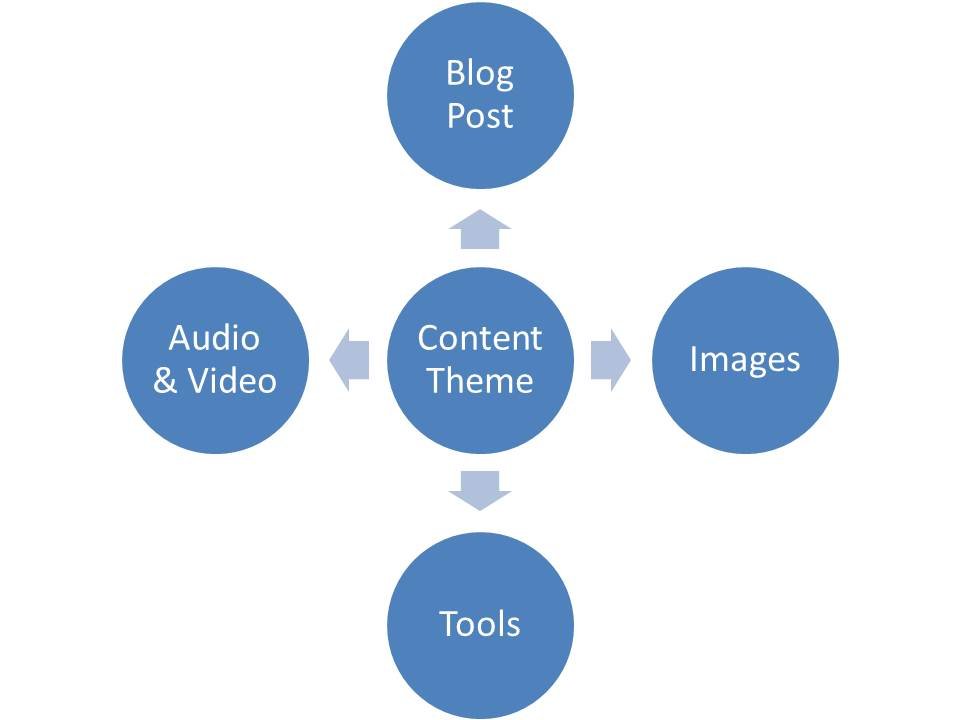 Are your best writers and graphic designers being asked to create content that will be sent to other sites for guest blogs? If so, you’re not alone. I used to do that and I know that a lot of other people in the industry still allocate their best work for off-site content in exchange for backlinks.

The logic for this approach to content creation is making sure that your content is so good that it becomes irresistible to other webmasters. It’s like going to a stranger’s house and offering them you’re most precious gifts for a night of lodging.

But is it a fair trade?

Think of it this way: if George R. R. Martin published his Game of Thrones series as freebies that come with copies of The Lord of the Rings, would Martin’s work be the pop culture phenomenon that it is today?

Let’s face it: if SEOs weren’t after links, very few of us would bother to do guest blogging. I know this because few of us bothered to do it when we could get away with blog network and article directory-based link building.

If you really believe that content is king and if you’ve come to recognize that the future of SEO is EAT, then you’ve probably realized the same way I did that you’re wasting your best content if you use it for the sole purpose of link acquisition. Building linkable assets in your own domain and using them as the cornerstones of your content profile is a much better way of doing things.

Really good content adds to your site’s quality rating, earns natural links, social shares and mentions. In GDI, we follow a very simple content marketing strategy for most clients in order to get more eyeballs in front of their content. By creating a diverse set of content assets, building relationships with influencers and using social media’s power, we’re able to get our content the attention that it deserves.

The great thing about publishing your content on your own site is that you can repurpose it to get traffic and engagement in the years to come. If you look at how Copyblogger compiles old blog posts and turns them into opt-in bait later on, you’ll see how content creation on your own pages pays off in the long haul. If Brian Clark and his team used all their great material as guest blog fodder, they wouldn’t get as much value out of their work as they’re getting now.

Guest Posting isn’t Dead but the Game has Changed

Ultimately, guest blogging is still an acceptable online promotion practice and it can still be used to build quality links. However, I wouldn’t rely on it to carry an entire campaign. The risk-reward ratio just doesn’t warrant the investments involved. My team and I recognize that providing value to a client goes far beyond getting them links and boosting their rankings. A site’s quality, innate value and lasting power are more important in running a profitable enterprise.